Flat.  Wet.  Chockablock with condos and meandering cart rides between screened-in back porches.  Spongy lies, shallow ponds, baffling Bermuda greens, and long lines of golf buggies at the first tee, scores of snow-dodgers ready to shuffle their way through six hours of sunburn because it’s better than January in Wisconsin.  And what else are you going to do on a Tuesday in Bonita Springs?

After hundreds of rounds swinging around our golfiest swing state, I had built up a healthy stash of prejudices about golf in Florida.  Even at the bragged-about layouts, there was a sameness to winter golf in the panhandle that left me uninspired–lots of water, lots of people, lots of windows lining both sides of the fairway, where the golf often felt like an accessory for home sales, and but for the occasional alligator, I found nothing terribly exciting to fill the memory bank.  We went because it was warm in February, and we golfed because we could, no matter if the courses were bland imitations of our tracks back home.

And then I visited Streamsong.  And everything I thought I knew about golf in Florida flipped. 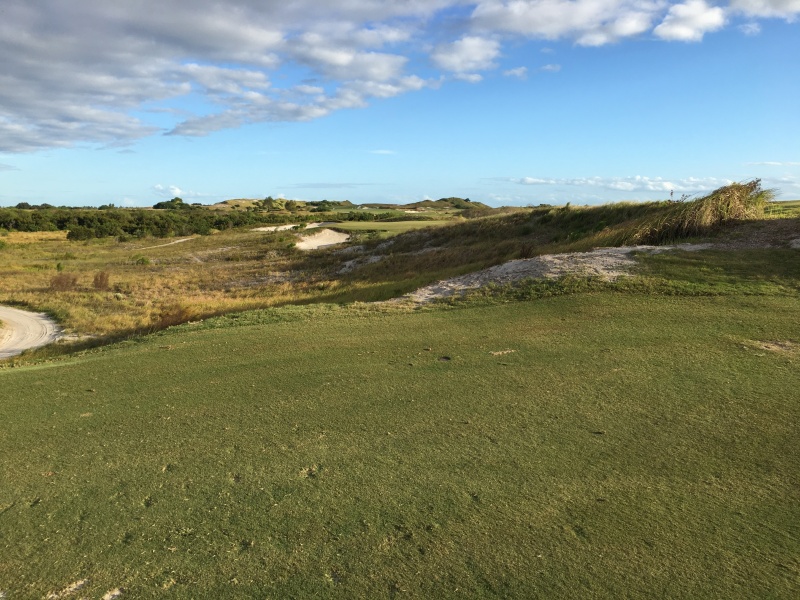 Take a glance at its website, and you’ll have a similar reaction–that can’t be Florida–but it somehow is.  How the southwest coast of Ireland landed on 16,000 acres south of Florida had me stumped, until I investigated Streamsong for myself and learned that its three courses are born of a rare miracle in which mining, that popular environmental whipping boy, gifted golf with a stunning stretch of topsy-turvy duneland, and protected a stretch of Florida from outlet malls and condos for generations to come.

The Mosaic Company owns a huge swath of the middle of Florida where they mine phosphate for use in fertilizers; rather then flattening out their mining sites and returning them to unused, forgotten Florida, they thought about how they might re-purpose their property to drive a local economy, and ensure that the land would be cared for and environmentally protected.  Enter golf, and a model for the responsible use of reclaimed land.

Mosaic’s mining had left behind a landscape of towering sandhills and deep ponds and tumultuous topography–an eyesore perhaps, unless you happened to be a golf architect, in which case you were staring at a breathtaking canvas you thought impossible in Florida.  And oh, did the architects come–if you were to chisel a Mount Rushmore of modern day course designers, the faces of Tom Doak, Gil Hanse, and the team of Bill Coore & Ben Crenshaw would cover the rock.  To have designs by all three in one location is Christmas morning for golf architecture geeks, but even if you don’t get impressed by designer cache, you will leave Streamsong understanding why so many people do.

Doak’s Blue course and Coore/Crenshaw’s Red have been open since 2012 (the courses are named Red and Blue for the colors of the Sharpies Tom Doak and Bill Coore used when they divvied up the 36 identified golf holes on the original site plan), and the Black by Hanse will be open in October, 2017 (thankfully for Streamsong’s owners, Hanse went with a black pen versus a chartreuse highlighter).  I recently played Red and Blue and got a sneak peak at Black, and they all deserve the highest praise this links-lover can offer: Aside from sunburn and the alligator that looked like it had just eaten a small family of 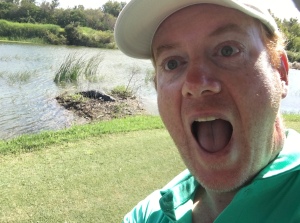 deer, there were moments when I thought I was on the coast of Ireland or Scotland, and yet I was glad that I wasn’t.  From the lodge to the clubhouse to the scores of perfect notes and thougtful touches all over Streamsong, there was nowhere else I wanted to be.

The pure golf movement has been going on for a while now (see Bandon Dunes in Oregon, Cabot in Nova Scotia, Sand Hills in Nebraska), where the golf experience is remote and unadorned and endeavors to approach the spiritual.  I had been too busy chasing all of the above in Ireland and Scotland to see that such golf was flourishing back home, and does it ever at Streamsong, where this newcomer’s style and hospitality might even top its pure golf contemporaries.  The golf is as natural as it gets: walking only (there is minimum cart usage in the off-season) with a stable of caddies imported from the top northern courses ready to guide you around its climbs and bends, you are allowed to get lost in your surroundings at Streamsong.  Signage is minimal (and like the tee markers, its made from remains of the mining railway) and the clubhouse was built to hide in the hills, out of sight as you breath in thousands of sandy acres and feel wonderfully, blessedly small.

Like a lot of golfers, I want my golf to be pure, but my bed to be large and well-positioned in front of a flatscreen, and it was the thoughtful touches at the lodge down the road from the golf course (you’re going to stay there when you visit, unless you want to drive an hour to rejoin civilization) that pushed the experience into the realm of the truly special.

Through a wall of glass covered by the coolest giant venetian blinds, I viewed the lake where I would catch (and release) a half-dozen bass the following morning, and was sure I had been put in a suite (finally, my career had won me an upgrade) until I was humbled to find my spread was Streamsong’s standard room.  Owners hired award-winning Cuban architects to design the lodge and clubhouse for the explicit reason that they had never designed either of such properties before; the result is unique in golf travel, and in the best way.  With suites named after authors (the dozen rooms at the golf clubhouse are named after course designers), and this insanely cool bookshelf above my couch (see how it’s leveled on the bottom?)

, I felt like I was somewhere where absolutely everything had been looked after; amazing how such attention by a host inspires such relaxation in a visitor.  I felt as if I had discovered a patch of golf traveler perfection–pure golf, great books, a half-dozen places to eat, and entirely out of the way.  You aren’t at Streamsong unless you really want to be.  And trust me, you do.