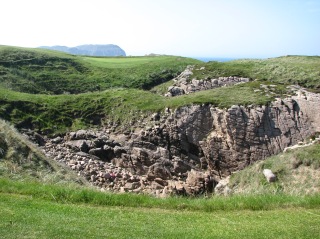 From this day to the ending of the world,
But we in it shall be remembered-
We few, we happy few, we band of brothers;
For he to-day that sheds his blood with me
Shall be my brother.

I haven’t been this excited about a golf tournament since the junior-junior club championship in 1986, when the trophy was large and I was the only kid playing.  I am pleased and proud to announce an adventure a long time in the planning, a trip full of camaraderie, craic, and competition set for the fall of 2016, organized under the estimable guidance of Old Sod Travel and with the Irish travel knowledge of this seasoned linksman.

A tradition unlike many others.  An epic sojourn through the northwest of Ireland.  A pilgrimage to Irelands’s finest and hard-found hidden gem links.  And a competition between new and old friends in the land where, as my late friend Jim Finegan would say, golf is great.  My good friends at Old Sod and I could not be more excited to invite you to the inaugural COYNE CUP.

Come be a part of this new annual tradition that will match Team Coyne versus Team Paddy the Caddy (the real hero of A Course Called Ireland) in a three-day Ryder Cup style competition.  Details to follow, but rest assured we will be visiting my favorite courses, haunts, and hotel in the county of my great-grandparents, the unrivaled Mayo.  The trip will be first class in every way, the memories will be grand, and the golf will be Irish.

Please email my friend Tom Casey (tom@oldsodtravel.com) at Old Sod Travel now if you are interested in the trip — spots are limited.  See you in Mayo! 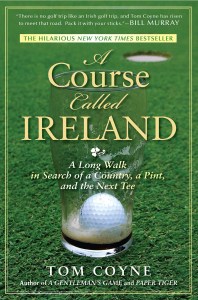 Can you imagine being a part of the American Team that beat Great Britain in the inaugural Ryder Cup in 1927?

That’s nothing compared to the thrill of playing your heart out for Team Coyne or Team Paddy the Caddy in the inaugural Coyne Cup to be contested next September in County Mayo, Ireland.

Although various venues are still competing for the right to host rounds for this soon to be prestigious event, if you have read A Course Called Ireland you can probably guess which courses are likely to emerge with the honor.

The craic will be mighty, the competition stiff and the memories lasting. Play some of Ireland’s hidden gems with the guy that found them!

2 thoughts on “Win one for the Ginger…”

Speaking of Golf in Ireland and Scotland...